Could My Insurance Company Refuse To Pay Damages If I Text And Drive And Cause A Collision?

Injury Attorneys (Home) / Blog / Personal Injury / Could My Insurance Company Refuse To Pay Damages If I Text And Drive And Cause A Collision?

In purchasing automobile insurance, you seek protection from an accident. You want to make sure that you get your car repaired and any medical bills covered if you are in an accident. You also want liability protection to defend and pay, if needed, others if you cause an accident and damages.

In Alabama, automobile insurance insures drivers who drink and cause accidents. Drivers who fail to watch or pay attention to the road from any number of events, from distractions caused by children, eating in the car, putting on make up or dropping a phone are covered by their insurance carrier. Given the rising epidemic of distracted driving accidents due to texting and the push for new legislation to penalize this action, the new question has arisen as to whether an automobile insurance carrier will start seeking to deny insurance coverage for accidents caused by texting drivers.

The insurance policy typically covers injuries or damages resulting from “accidents.” So would a texting driver be denied coverage if there is a finding that the driver was reckless as opposed to negligent in causing their own distraction? This is a question that is left to the insurance company to interpret when deciding if coverage is owed.

With the push to create harsher penalties for texting while driving, the common question is whether the insurance companies seek to force compliance with the law by creating exclusions from coverage for accidents caused by texting? This radical approach to denying coverage for texting runs counter to the risks now accepted and paid for by auto insurance carriers. Although the frequency of texting drivers is higher than drunk drivers, it would seem illogical to continue to insure drunk drivers in accidents and not insure texting drivers. It would seem that the discussion to examine denying coverage to texting drivers would run counter to what insurance is supposed to do-protect the policyholder and third parties injured by a policyholder.

Insurance companies market their auto insurance to cover life’s mistakes, accidents, and negligence. Television ads point out all the different events that the insurance carriers cover. These events covered range from accidents caused by inattention, carelessness or just plain stupid behavior. Texting may be stupid but should the drivers who do text and drive be covered by their auto insurer? If insurance is going to cover drunk drivers violating the law, then the same should apply to texting drivers.

Alabama has mandatory auto insurance laws for the operation of an automobile. The policy behind mandatory insurance coverage is in part to protect, to some degree, the problem of innocent parties who are injured by a careless driver. For instance, if a driver is texting and not paying attention, and strikes a pedestrian, the driver’s insurance carrier would for the victim’s medical and property damages as well out of pocket expenses and to compensate the injured person for pain and suffering. It would be unfair to the both the victim and the driver if coverage was denied. The driver complied with the insurance law and has coverage to protect him individually from the damages he caused. The victim, being hit by an insured driver, should expect to have his claim paid. 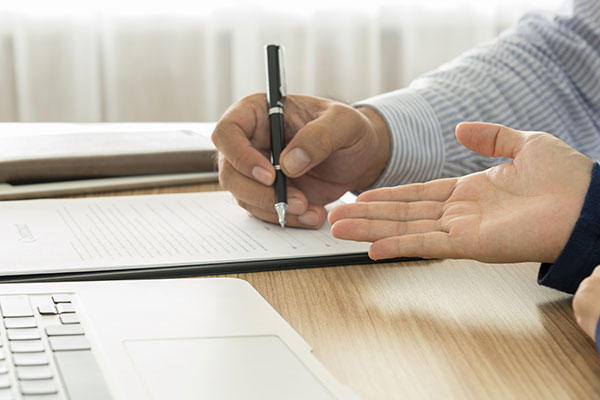 What Is Underinsured/uninsured Motorist Insurance Coverage?

Most folks think that being “fully covered” means they have automobile insurance for liability, collision and maybe medical coverage. Most, however, are not informed about the absolute need for underinsured/ uninsured motorist insurance coverage.

If a driver has enough careless actions, they can expect that their coverage will be cancelled or premiums raised. Ultimately, if an insurance company is allowed to deny coverage from an accident from texting and driving this is not only harming the policyholder but also the third party involved in the crash. Alabama citizens should not be punished in this way.

It will be interesting to see whether Alabama law will be changed or if insurance companies change their policies about insuring events caused from drivers who text while driving.

For other information relating to this topic, see the following: End Distracted Driving, Car Laws in Every State, Safety on the Road.

If you have questions about insurance coverage or have been involved in an auto collision concerning a distracted driver, please give us a call today to discuss 205-930-6900.

Bernard D. Nomberg has practiced workers’ compensation law in Alabama for more than 20 years. Bernard has earned an AV rating from Martindale-Hubbell’s peer-review rating.  He has been selected a Super Lawyer by Super Lawyers Magazine as well as a Top Lawyer by B-Metro Magazine. Bernard is the Chair of the Alabama State Bar’s Workers’ Compensation Section.