Distracted Driving: Are The Laws Helping?

“Click It or Ticket” and “Drive Sober or Get Pulled Over” are public safety campaigns championed by the Alabama Department of Safety to protect you and others on the roads. The dangers of drunk driving and driving without a seatbelt are not new and the emphasis on eliminating these risks on the roads must continue. The growing threat on Alabama roads now is the epidemic of distracted texting drivers that are seen everywhere. No one can dispute that in the past several years, the use of cell phones while driving has increased ten-fold. It is seeming that it is universally required to have a cell phone. With the increase in technology and the increased function of mobile devices, people have become so absorbed in using their phone they can’t bring themselves to put it away while driving.

Distracted driving seems to be the norm; however, it is one of the most dangerous things people can do while driving. Adults and teenagers will constantly be behind the wheel sending and receiving text messages, without thinking twice about the consequences, or the law for that matter. Distracted driving can be blamed as the result of an increase in accidents. According to Drive Safe Alabama a texting driver is 23 times more likely to get into a crash than a non-texting driver. A recent study from the University of Alabama found that 16% of all fatal crashes are caused by some form of distracted driving.

Under Ala. Code § 32-5A-350, it is against the law to use your cell phone to send and receive text messages, emails, or photos while operating a car. The penalty for texting and driving is generally less than a tank of gas. In Alabama, the penalty for violating this law seems to be very minimal. The first violation results in a $25.00 fine. I do not foresee many people feeling threatened by paying a $25.00 fine that they would avoid checking that one text message while driving. If one is stopped a second time for texting and driving, it results in a $50.00 fine and $75.00 for a third violation. Is everyone aware of this law in Alabama? Has the law, which was enacted in 2012, made anyone put their phone down while driving? This statue allows an officer to pull over someone who was texting and driving solely for violating the texting statute. Are officers pulling drivers over solely for texting? If so, it is not altering the mindset of drivers to stop texting and reading texts while driving.

In fact, Alabama makes it illegal for any driver under the age of 18 to use a cellphone at any time while driving. It is hard if not impossible for an officer to determine in a moment’s notice if the driver is 17 or 18 years old. Most teenage drivers are more concerned with a speeding ticket than any violation for use of a cell phone.

Of course, what is a law without exceptions? The Alabama statute has some lenient exceptions which allow an individual to be on their phone while driving. The law allows an individual to “read, select, or enter” a number to make a call while driving or use a map function. Additionally, the statute allows for sending and receiving text messages through voice operated devices while driving. Apparently, this would not amount to a violation of the statute or rise to the level of “texting and driving.” 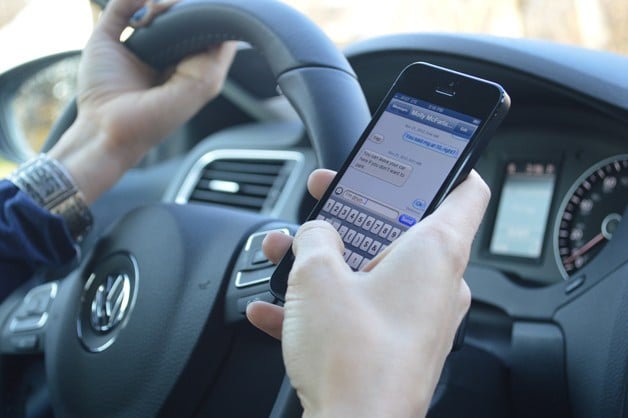 In today’s business world, it is almost expected that you would use your phone to talk in the car. Many feel that texting while driving is not dangerous because you can voice dictate a text. Driving is the single most dangerous thing that most people ever do in their daily life. Driving involves split second decisions often at speeds above the stated speed limit.

While the statute imposes a fine for violation of the statute, it is the risk of a civil suit that should be the concerne for all drivers and parents of children driving their cars. Evidence that a driver was texting and driving can serve as evidence of wanton or reckless conduct if the driver using the phone was involved in a car accident. This could allow punitive damages to be awarded at trial against the distracted driver.

Although Alabama passed this law in 2012 to restrict texting and driving, the rate of fatal crashes due to distracted driving has increased over the past few years. The effectiveness of the statute is still up for debate. Is there a penalty that would stop someone from texting and driving? The minimal fines are not the deterrence needed. Apple has attempted to help curb this epidemic by allowing the phone to go into “do not disturb” mode while driving and turn off the notifications; however, this function can easily be turned off. The consequences of texting and driving are far greater than that message you felt necessary to send while driving. With the increased function of phones, the Alabama legislature may want to take a second look at the law and think of making more severe consequences. Further, drivers should take a second look at what they are doing in their cars because texting and driving is not as important as their safety and the safety of all others on the roads.