I wanted to talk with you about what is known in the work comp world as PPI, Permanent Physical Impairment Rating. What that is is when the treating physician feels that the injured worker has reached maximum medical improvement. That’s a term that means the doctor is of the belief that the medical care can’t go any further, that the injury has healed as much as it’s going to heal. That doesn’t mean that the injured worker is going to be completely finished with either medicine or therapy. I think that it gets a little confusing sometimes when the patient hears the term, “MMI” or Maximum Medical Improvement. What happens next?

Well, typically, the patient will get rated the Permanent Physical Impairment Rating, and maybe go through what is known as a functional capacities evaluation. That’s a physical test to see what the limits or abilities are for the worker now that they’ve reached MMI. But the PPI rating is important because that helps to determine a few things, most notably the value ultimately for the case. There is a book called, “The Guides to the Evaluation of Permanent Impairment,” that all doctors have or they’ve learned. It’s put out by the American Medical Association. It gives almost every injury that is known a rating of scale for percentages of impairment, whether it’s a back or an arm or whatever it may be injury-wise. There is a range that the doctor, based on the severity of the injury, can give for impairment.

The doctors don’t just make it up or come out of left field with their ratings. It comes out of this book. A lot of times, the doctors are so experienced in this area, they’d never mention the book to you or even reference it unless you happen to ask about it. But that impairment rating is the doctor’s opinion based on what this book, the AMA puts out. So if you have questions, about that, don’t forget to ask your doctor when you go into those appointments.

Usually you’ll get that either at the time that the doctor puts you at maximum medical improvement or the physical therapist who put you through the functional capacities evaluation may give a range. Then the doctor reviews that paperwork and either signs off on it or tweaks it a little based on his or her opinion.

If you have any questions or concerns about this issue or other issues on the law, please call the Nomberg Law Firm at 205-930-6900. 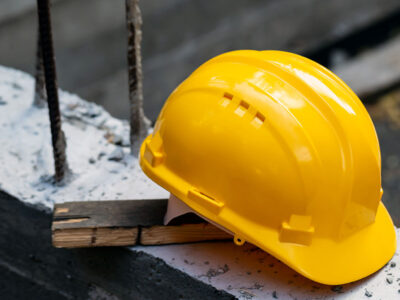 Guide to Accident and Injury Compensation in Alabama

Has an accident left you injured or in pain?

Learn about your legal rights after an injury.