Out With The Old? In With The New?

Injury Attorneys (Home) / Blog / Workers’ Compensation / Out With The Old? In With The New?

What does the modern law office look like? Have shiny, new toys replaced the outdated machines of the past? Or do lawyers largely keep using the same systems they always have? (Why am I thinking of Harvard’s stern-est professor, Charles W. Kingsfield Jr. (John Houseman) from The Paper Chase?) Probably a little bit of both, but maybe not so much. The current practice of law no longer requires the use of many relics from the past decades.(1)

Speaking of relics … When was the last time you scrolled through a Rolodex looking for someone’s office phone number? Ever? For that matter, does your office still use a typewriter? Yes, they are still around. What about using WhiteOut on your paper calendar? Still an issue for you? We have not purchased printed letterhead in more than a decade. Desktop printers are so good now it’s very hard to tell the difference from what is created at the printer’s office. While some lawyers are perfectly content with the adage “If it ain’t broke, don’t fix it”(2), the practice of law is largely an evolving process, not only the laws, but also the physical practice itself. I will not attempt to delve into modern litigation, e-discovery, evidence gathering issues or how surveillance techniques require very little time sitting in cars. Those topics can be explored on another day.

In our small law firm setting (two lawyers, who are brothers, and largely get along most days), we do not have rows and rows of impressive law books. Nor do we have a physical law library, per se. Yes, we have reference books within arm’s reach of our much smaller than ever desk and computer surfaces, but there are no longer volumes and volumes of books anywhere in the office. Those were happily donated to a local college almost twenty years ago. 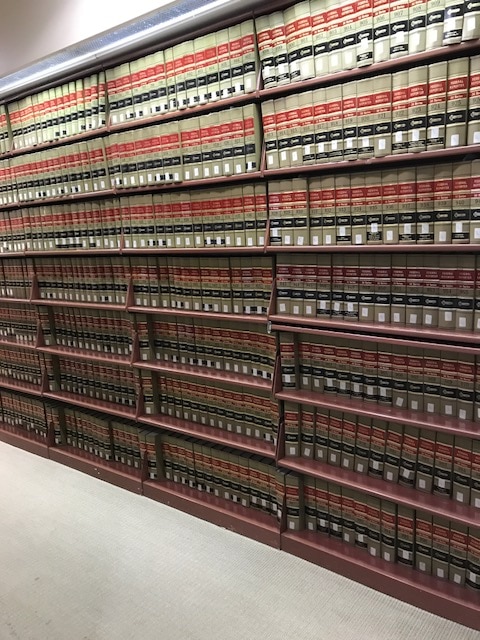 “I don’t know how to put this but I’m kind of a big deal. People know me. I’m very important. I have many leather-bound books and my apartment smells of rich mahogany.” Ron Burgundy, Anchorman

Gone also are landlines, rotary phones, fax machines, big box computers, word processors on desks, and those huge copiers that take up so much room. All of these dinosaurs from the days of Harry Hamlin’s L.A. Law and Andy Griffith’s Matlock in the 1980s have been extinct for years. Common place now are voiceover internet fax and phone service, and, of course, smart phones (which seem to have an opposite effect on me some days). Even some people are being replaced in the modern law office settings. Receptionists and secretaries have given way to the virtual law office system. How do you know if you are communicating with a living, breathing person? Or if that person is even on our continent? Additionally, lawyers are becoming more and more mobile, just like society. Thank you, again, smart phones. Granted, not all attorneys cruise around like McConaughey’s Mick Haller in The Lincoln Lawyer, but there are plenty who try. (3) Don’t forget about internet-based legal services such as LegalZoom and its competitors.

Speaking of a virtual law office … What is it? Simply, it is a law firm that does not have a physical office and operates on a cloud-based law practice management system. All client communications and documents are stored securely online. Video conferences can take the place of in person client meetings while emails and phone calls are most heavily used for communications. Even within the office setting, modern office dynamics have changed. Our telephone system eliminated the need for a fax machine. The scanner eliminated the need for a fax machine and we fax from our computers. While the traditional attorney-secretary-paralegal roles and responsibilities still exist in most law firms, many lawyers now prepare their own pleadings, letters and discovery responses. This, in turn, changes how many lawyers run their practices. More efficiently. More mobility.

Speaking of files … Does anyone still keep a warehouse full of closed files? Scanning and shredding have been the norm for quite awhile. Why spend money storing files that could be properly and securely housed on computers? Lots of lawyers try not to use paper at all. However, my experience is that many judges are just as slow to embrace new technologies of the modern practice. Think we will ever have paperless trials? Some lawyers are already there. 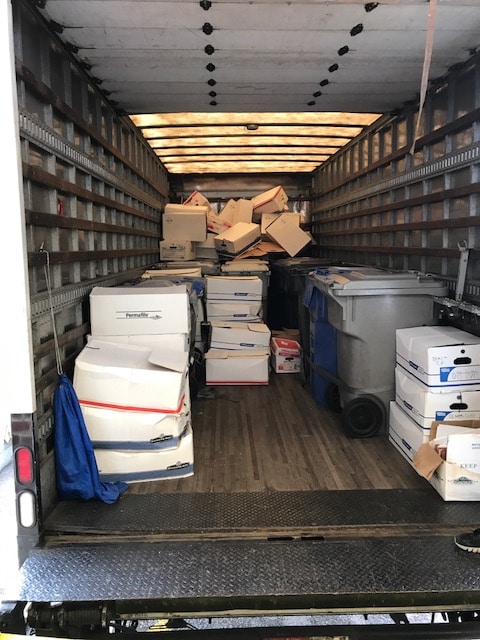 Heigh-ho, heigh-ho its off to the shredder we go…..

Speaking of advertising … please don’t get me started. After decades of advertising being frowned upon in our profession, television commercials and highway billboards have been part of everyday life for a few decades. Right now, driving west on I-20 from the Alabama / Georgia state line to Birmingham (approximately 85 miles), there are more than sixty (60!) billboards advertising lawyers’ services. Sheesh. Competition is fierce. The internet is the new battleground and the smartphone is the weapon of choice. Googling is the modern YellowPages. Websites, social media, YouTube and client reviews – that’s where the swag can be found. This is how more and more clients find their lawyers.

Speaking of the internet … What a game changer! In the past few decades this ever evolving worldwide communication tool has changed the way people receive information every day. Social media is such an integral part of life. Facebook, Twitter, Instagram, AVVO, YouTube, LinkedIn, etc. are used by law firms to share their stories, tout their accomplishments and reach potential clients. Social media is such a powerful communication method. I am sure you are aware of the power and reach of Facebook. However, did you know that currently there more than 2 billion active user accounts on Facebook? Think about this – less than a century ago there were only 2 billion people on earth! If you are not on the internet and actively using social media, your practice is falling behind your competition.

Although many are quick to try out the newest and best methods of practicing law, there are those who are perfectly content with tried and true systems. I know some very successful lawyers who still use flip phones, paper calendars and dictate letters. Whatever your preference, find what works for you and become really, really efficient and master it. Unfortunately there are lots of starving lawyers out there who just can’t find what works for them.

Bernard Nomberg practices law with one of his brothers at the Nomberg Law Firm in Birmingham. Their other brother, the smartest of the three, still holds some Alabama high school state passing records that he reminds them about each football season. Find Bernard on Facebook, Twitter, Instagram, NombergLaw.com or call him at 205-930-6900.

1. Important side note: With the risk of offending those who are content with their office systems, the author is acutely aware of “how things were” in the 1970s and 1980s having grown up in his father’s Dothan law office. This is currently (and has been for years) a monthly discussion with his happily retired father.

2. The thought may be Stone Age but the phrase ‘if it ain’t broke don’t fix it’, which sounds as though it might come from the Roosevelt or Truman era, is more recent than that. This one is widely attributed to T. Bert (Thomas Bertram) Lance, the Director of the Office of Management and Budget in Jimmy Carter’s 1977 administration. He was quoted in the newsletter of the US Chamber of Commerce, Nation’s Business, May 1977: