Alabama courts have determined that the drug test must show “that the worker’s impairment from illegal drugs … proximately caused the injury in order for the injury to not be compensable.” Latham v. McInnis Corp., 693 So. 2d 524,526 (Ala. Civ. App. 1997). Thus, in order for the employer to properly deny the workers’ compensation claim, the employer must show that the injured worker was impaired during work even if the drug test is positive. Alabama courts have also stated that the test to determine whether or not the injured worker’s impairment caused the injury is one of reasonableness. Blue Water Catfish Inc. v. Hall, 667 So. 2d 110, 113 (Ala. Civ. App. 1995). Therefore, the test is whether a reasonable person, looking at the situation, could determine that your injury was caused because you were impaired at the time of the injury or not. When the injury was not caused by any impairment, even when you have tested positive on a drug test after an on-the-job accident, then you will still be able to prevail in your claim for workers’ compensation benefits. 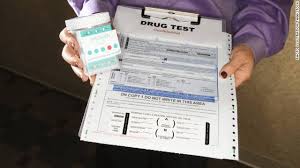 Another factor to consider in your claim is whether or not you had any control of the situation at all. If you were engaging in activity that would have resulted in your injury regardless of whether you were impaired or not, then your claim will still have merit. Thus if there are significant independent factors that caused your injury outside of your control, then you will still have a claim. For instance, if you are working and a heavy object lands on you causing injury, the fact that you may have drugs or alcohol in your system did not cause your injury.

There is a balancing test when looking at an injury occurring on-the-job where you have tested positive in a drug test. Your claim will include all of these factors to determine if your impairment was the reason for the injury, or if you were injured when the drugs were not impairing you or for reasons outside of your control. Your workers’ compensation claim will still be valid if you were not impaired at the time of the incident or your impairment did not affect the incident.

We do not condone drinking or drug use in the workplace. Work smart and do not work while impaired or under the influence of alcohol or drugs.

If you have any questions about a drug test impacting your claim for workers’ compensation benefits, please call the attorneys at the Nomberg Law Firm (205) 930-6900 or contact us here.

Bernard D. Nomberg has practiced workers’ compensation law in Alabama for more than 20 years. Bernard has earned an AV rating from Martindale-Hubbell’s peer-review rating.  He has been selected a Super Lawyer by Super Lawyers Magazine as well as a Top Rated Attorney by B-Metro Magazine.