When Your Smart Phone Can Get You In Trouble: Alabama Bill Addressing Photo And Video Voyeurism To Be Debated

Injury Attorneys (Home) / Blog / Law News & Analysis / When Your Smart Phone Can Get You In Trouble: Alabama Bill Addressing Photo And Video Voyeurism To Be Debated

Anyone that says that the law does not evolve with the continuing new developments in society and technology is simply mistaken.  Cell phone cameras are now seemingly a way of life. In 2017, 1.2 trillion digital photos were taken thanks to smartphones.[1] As with any new technology a certain portion of our neighbors have found a way to create havoc with a camera that can take images of anyone at anytime and if desired, publish the images worldwide with a couple of clicks. A perfect example of society and technology driving changes to the criminal laws in Alabama will be seen starting next week when the Alabama Senate Judiciary tackles new legislation in SB57 that address the criminal aspect of cell phone camera usage.

The Alabama legislature could pass into law SB57 that would criminalize any attempt or act of recording another’s intimate body parts without consent while also making videoing and photography off limits in places were privacy should be reasonably expected.  The bill seeks to criminalize and close present legal loopholes existing from the 2012 anti-surveillance law.  Alabama currently precludes spying or taking pictures of someone in a private place, like a bathroom stall.  With the handy cell phone camera the ability to take unwanted and embarrassing photos can happen anywhere.  The status of current Alabama law allows the modern day voyeurs to avoid punishment for things such as “upskirting”, or taking pictures in public up women’s dresses.

SB57 would seek to criminalize up-skirting photos. Currently Alabama law has held that the aisles of Walmart and Lowe’s are public places where there is no reasonable expectation of privacy when pictures are taken under women’s skirts.  Will the law be expansive enough to make it a crime to simply attempt to take these types of photos or will the offense only be actionable if the photographer is actually successful in taking such a lewd picture? 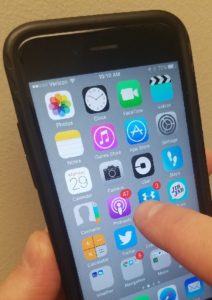 Additionally, the punishment for violating SB57 is up for debate. The punishment for this video voyeurism could be a felony or a misdemeanor based on the intent of the perpetrator. Presently SB57 would allow a felony charge for anyone that engages in this voyeurism with the intent of sexual gratification. If the intent is to distribute or disseminate a photograph, without sexual gratification, it will be a misdemeanor. This is too vague. If SB57 uses “intent” as the bright line for separating a felony from a misdemeanor, I would expect that most prosecutors would be limited in their time and work to simply move these matters through the judicial systems as misdemeanors. What offender is going to admit to taking pictures for sexual gratification when they could deny intent and save jail time? How will the court really learn the true intent of the offender? Should there really be a difference in the punishment based on intent? This aspect of the bill seems to only give rise to more issues that will ultimately fail to resolve the issue SB57 is trying to protect.

If this Bill passes, voyeurism will now be a criminal act in Alabama. The bigger hope is that the final language in the passed bill will be laid out in black and white to allow for effective prosecution and deterrence.