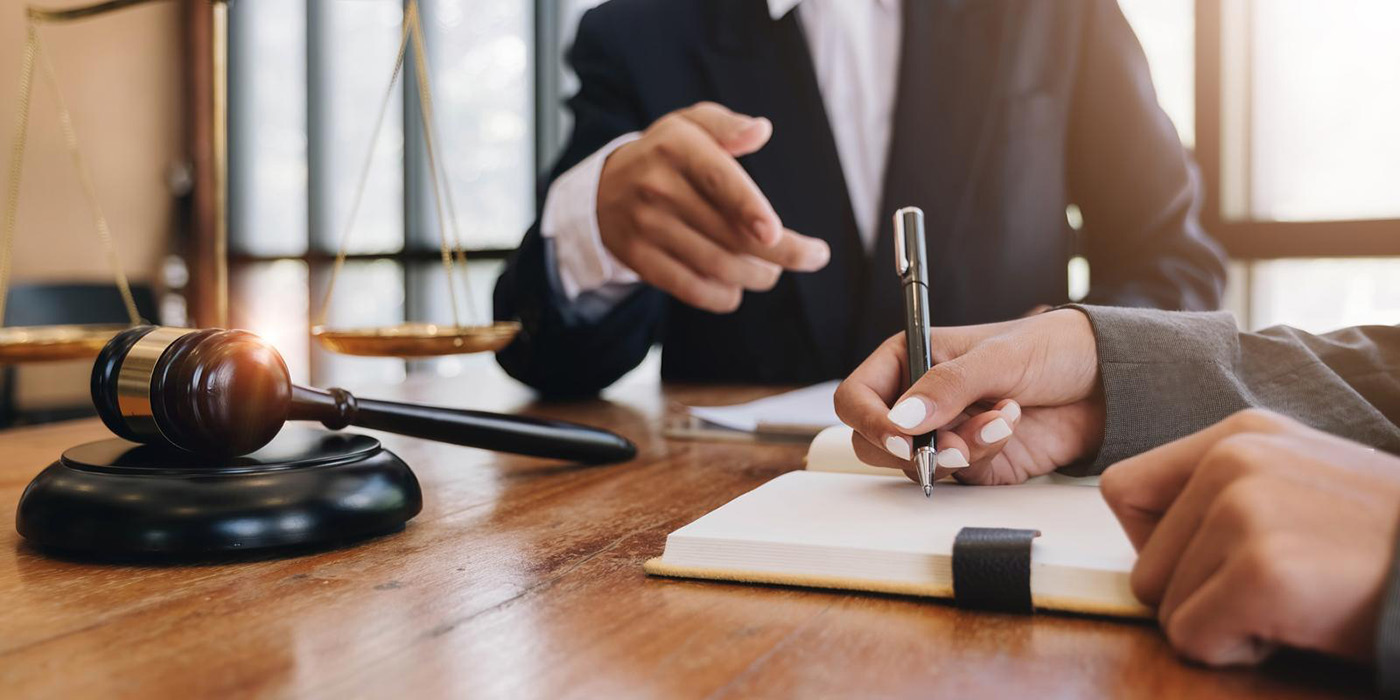 How Forced Arbitration Can Impact Your Alabama Lawsuit

Forced arbitration: What it is, when it happens, and how to protect your rights

Many of us have had an unpleasant experience or a disagreement with a corporation, large retailer or other business. If you have, you’ve probably signed a contract that would require forced arbitration in a dispute. Do you know the “fine print” where you sign or check a box agreeing to the Terms of Service? Usually, it contains a forced arbitration clause.

This isn’t just consumers, though. The other instance where forced arbitration clauses are likely is in employment contracts.

Let’s start by defining mediation and arbitration. These words are sometimes used interchangeably, but they are very different processes. What they have in common is that they are each used to help the parties to a legal dispute avoid litigation by reaching a satisfactory agreement.

Mediation and arbitration are processes within alternative dispute resolution (ADR). These provide alternatives to litigation and court proceedings by bringing parties together outside of a courtroom to resolve their dispute.

Mediation is when the parties enlist a neutral 3rd party to facilitate a discussion between them to help reach a resolution. The parties can control the process, including how it is run, who is involved, what evidence or information is introduced, and other relevant factors.

The mediator does not make a decision about the outcome. The mediator helps the parties to reach a mutually agreeable solution, which could be unique and creative in a way that wouldn’t be possible with a court order.

If the parties reach an agreement, they sign a binding contract. If they can’t agree, then they would pursue other legal options like going to court.

Arbitration is similar to mediation, except that the role of the neutral 3rd party is different. The arbitrator would actively work to resolve the conflict between the parties. They would function like a judge by hearing evidence and issuing rulings that would determine the outcome of the issue.

Rather than the parties controlling the process and outcome, the arbitrator has this control. Arbitration is less formal than a court proceeding, but the arbitrator’s decision is binding on both parties. There is a limited ability to appeal.

What is forced arbitration?

Forced arbitration would be the same process; an assigned or court-appointed arbitrator would meet with the parties and make a binding determination for how the issue should be resolved without the intervention of a court. However, the distinguishing characteristic is that forced arbitration is just that—it’s forced.

As the National Consumer Law Center put it, a forced arbitration clause “is a get-out-of-jail card that takes away consumers’ day in court, forcing them into a tribunal that is often biased, secretive, and lawless.”

A study by the Economic Policy Institute reported that since 1991, an increasing number of employers have been requiring workers to sign a mandatory arbitration agreement. The effect is that a worker whose rights are violated, perhaps under employment discrimination or poor treatment in the workplace, is required to submit to arbitration rather than file a civil lawsuit.

The report indicates that today, more than 55 percent of employees are subject to a forced arbitration clause.

If an employee has a claim under Title VII of the Civil Rights Act, the Americans with Disabilities Act, the Family and Medical Leave Act, the Fair Labor Standards Act, or something else, they are not able to file a lawsuit against their employer if they are bound by forced arbitration.

The study also found that forced arbitration clauses were more common in workplaces with primarily low-wage employees, women, and people of color.

What about labor unions?

Labor unions have their own arbitration process to resolve disputes between workers and management. Labor union arbitration relates to contracts that were privately negotiated between a union and an employer. There could be forced arbitration included in these contracts, but it’s agreed upon by union management and employers.

The type of arbitration involved in union disputes is related to the enforcement of the contract between the union and the employer. Arbitration for an individual employee would be related to alleged violations of employment laws.

Some arbitration benefits all of the parties in a dispute because it helps them to reach a resolution without lengthy and costly litigation.

But forced arbitration is just that—forced. The side who is aggrieved does not have the opportunity to present their case before a judge or impartial jury of their peers. It leaves the person totally powerless because they’re bound to the process and bound to the arbitrator’s decision.

But there’s another issue, too. Some lawyers and researchers suggest that the justice system is corrupt when it comes to arbitration.

A 2015 article in The New York Times reported on arbitrated disputes where it appears that the arbitrator would rule in favor of the business or employer more often than not, and often arbitrators are corporate lawyers who might be biased in favor of the employer or a large corporation.

Sometimes, these lawyers consider the corporation (that’s a party to the dispute) to be their client, which means they are far more likely to rule in their favor.

Unlike most court awards, an arbitrator’s decision is not made public. While some people might see this as a benefit for privacy reasons, it makes it difficult to know whether the proceedings were fair.

The Times study says that its interviews and records indicate that some arbitrators will twist or disregard the law in order to reach a finding favorable to the corporation rather than the employee or consumer.

Rules of evidence that would apply in a legal court proceeding do not apply in an arbitration. In addition, the arbitrator does not need to have specific expertise as a judge and is not required to recuse themself if there is a conflict of interest.

Additional studies conducted by the Alliance for Justice and the Consumer Financial Protection Bureau found that more than 90 percent of cases handled by an arbitrator are decided in the business’s favor.

Why are arbitrators so biased toward businesses?

Simply put, it’s their business. An arbitrator knows that a corporation that faces lots of disputes from employees or customers is a good source of ongoing business. If the arbitrator tends to side with the employee or customer, the corporation won’t continue to use their services.

Questions To Ask Before Hiring a Personal Injury Lawyer

To win your case and get maximum compensation, you need to hire the right attorney. Learn what questions to ask so you can choose the best attorney for your case.

In Alabama, if you lose a court proceeding, you can usually file an appeal. An appeal is a chance for the losing party to have their case heard a 2nd time, possibly presenting new evidence and requesting a more favorable decision.

Once the arbitrator issues a ruling (usually called an “award”), most parties will follow that decision. Unlike a court ruling, the arbitrator doesn’t have the authority to force a party to comply. Rather, if the party doesn’t comply, the opposing party can go to court and confirm the arbitration award.

This can be entered as a judgment in a state or federal court, which means the court would enforce it. Different states have different rules for enforcing an arbitration ruling.

If the arbitration follows the rules set forth by the American Arbitration Association (AAA), there is no right to appeal. Parties may appeal if they both agree to do so. It would be handled like a new case.

The Federal Arbitration Act and some state laws offer circumstances when an award could be changed, but this is limited. In general, the parties are expected to follow the decision of the arbitrator.

Seek legal advice before an arbitration in Alabama

If you’ve suffered an injury in Alabama, the insurance company will sometimes refer your case to arbitration. However, it’s best to contact an attorney before agreeing to arbitration (or settlement). Sometimes an insurer will settle your claim without engaging in the arbitration process, and that could be to your benefit.

Your choice might be signing the contract or not accepting the job, signing the terms of service or not purchasing the item or using the service, etc. In other words, it isn’t really a choice.

But you do always have the choice to have a lawyer by your side.

At Nomberg Law Firm, our experienced personal injury and workers’ compensation attorneys handle arbitration proceedings, lawsuits, insurance settlements, and other legal matters. Our firm has been fighting for the rights of injured Alabamians for more than 50 years, and we’ll work hard to ensure you get the compensation you deserve. Contact us today for a no-obligation consultation of your case.

Nomberg Law Firm has been helping people in Alabama recover fair compensation for their injuries since 1967. We know our clients are hard-working men and women who deserve the best representation possible. That’s why we’ve dedicated our entire practice to fighting for your rights after an injury.

The small size of our family-owned firm allows us to focus on our client’s needs and enables us to provide individualized assistance and personal attention that larger firms simply can’t match.