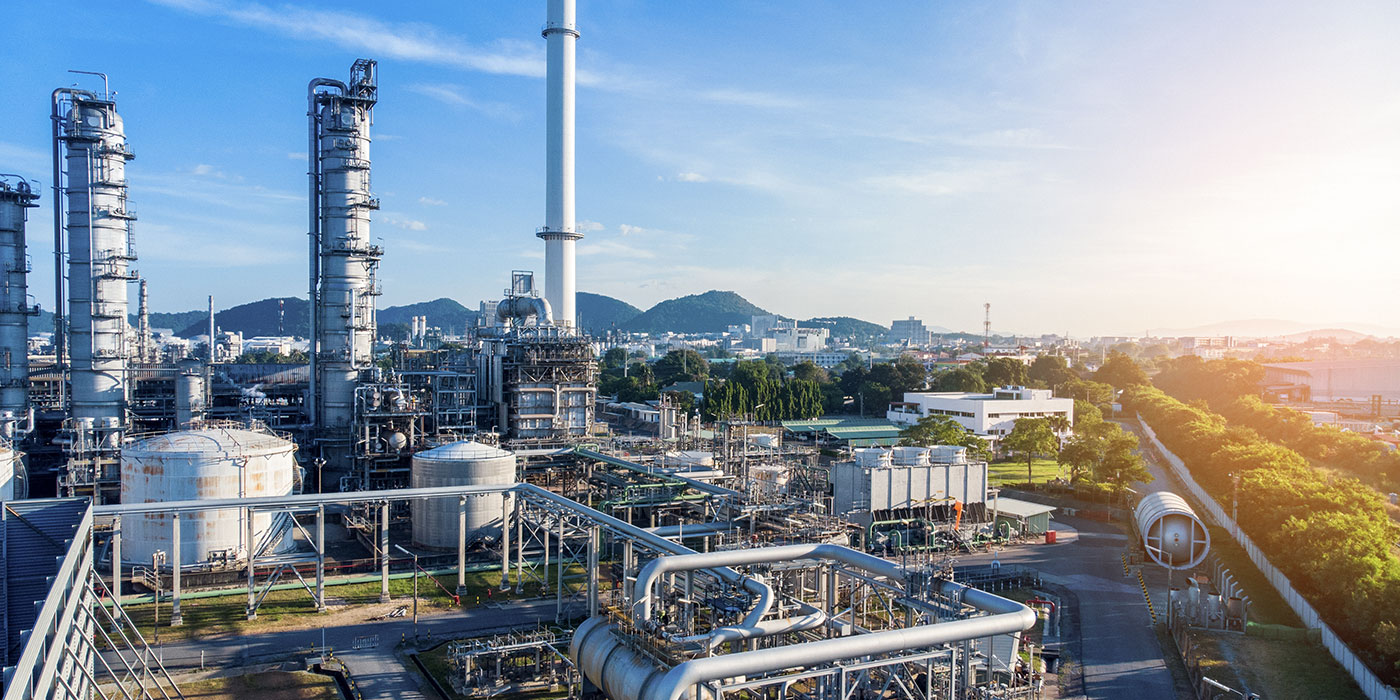 You have a right to compensation if you developed mesothelioma after working at the Olin plant in McIntosh, Alabama. We can help.

If you’ve worked at the Olin Corporation chemical plant in McIntosh, Alabama, you may have been exposed to asbestos poisoning.

You could be eligible for substantial monetary compensation.

Repeated asbestos exposure is known to cause mesothelioma, a rare type of cancer that is often difficult to treat. Many industrial facilities in the past used asbestos for insulation, fireproofing and controlling certain chemical reactions.

Olin chemical plant employees exposed to asbestos at work may not show symptoms of mesothelioma for years or even decades.

At Nomberg Law Firm, our experienced attorneys have been fighting for the rights of injured Alabamians against large companies and corporations for more than 50 years.

If you or a loved one has developed mesothelioma cancer from asbestos exposure at the Olin chemical plant in McIntosh, the time to act is now.
File a lawsuit against the Olin chemical company for its negligence and disregard for safety.

Have you or a loved one been diagnosed with mesothelioma cancer after working at the Olin chemical plant?

Recently, it’s been revealed that workers at the Olin plant in McIntosh, Alabama, which produces chlorine, may have been exposed to asbestos both directly and indirectly without their knowledge and without protective gear throughout multiple areas of production.

Although some asbestos workers were given protective gear, many others say they received no gear or training.

According to ProPublica, one worker, Carrie Jenkins, who was employed as a janitor at the Olin plant, was responsible for scraping dried asbestos off the floor and disposing of asbestos workers’ protective suits.

She claims she was not provided with protective gear when she cleaned up asbestos at the plant.

Not even while she was pregnant.

Olin was also known to use asbestos-based diaphragms to filter an electrolyzed salt solution during the chlorine-manufacturing process. Additionally, employees at the Olin plant may have been supplied with burn safety equipment that contained asbestos.

Is Olin Corp. liable for damages for workers who develop mesothelioma?
Yes. Mesothelioma in adults is specifically caused by asbestos exposure.

Olin Corp. bears responsibility for neglecting to inform workers of the risk and further not sufficiently protecting the health and welfare of the employees.

What legal options are available for Olin plant workers and their families if they develop mesothelioma?

Olin plant employees diagnosed with asbestos-related mesothelioma should consult with our Alabama personal injury attorney to review their case. Families whose loved ones have died of mesothelioma after asbestos exposure at the Olin plant may also be entitled to significant compensation through a wrongful death lawsuit.

What damages may be available through a lawsuit?

Former employees diagnosed with mesothelioma are subject to significant financial burdens secondary to lost wages and the costs related to medical treatments.

Through a personal injury lawsuit, affected workers and their families may be entitled to damages for the following:

You may also be entitled to punitive damages, which are additional damages awarded in cases of gross negligence on the part of the defendant—in this case, Olin Corporation for failing to adequately protect its workers. 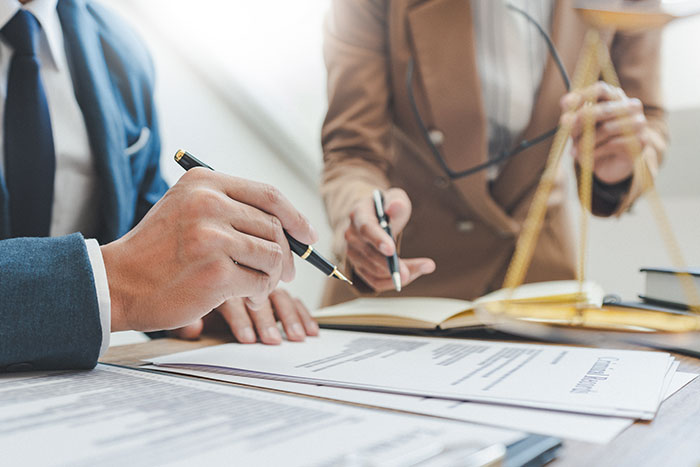 If you or a loved one has been diagnosed with mesothelioma lung cancer, act quickly to file a personal injury or wrongful death claim.
The statute of limitations for asbestos exposure claims is typically 2 years from the date of your cancer diagnosis.
Know your rights. Talk to our attorney to start your filing process as soon as possible.

Exposing the hazardous truth: Understanding the link between asbestos exposure and mesothelioma

The fibrous mineral known as asbestos occurs naturally in nature. In the United States, asbestos was mined from the middle of the 1900s until 2002, after which, the country began importing the material.

Asbestos is affordable, durable and fireproof, making it a popular ingredient in construction materials and machinery components. However, as the health risks associated with asbestos exposure became apparent, the U.S. government began establishing regulations during the 1980s.

There are 6 main varieties of asbestos, which include:

All asbestos types are composed of microscopic fibers. Fibers are typically either:

All asbestos is either considered friable or non-friable.

Inhaled asbestos fibers can become embedded in the lungs and lead to the development of:

The diagnosis of mesothelioma refers to a rare type of cancer that involves the lining of the lungs, abdominal cavity or other internal organs. Inhaled fibers become embedded in the tissues causing irritation and eventual malignant cell development.

Diagnosis is often difficult as symptoms often mimic non-cancerous disorders or may not emerge for decades after exposure. 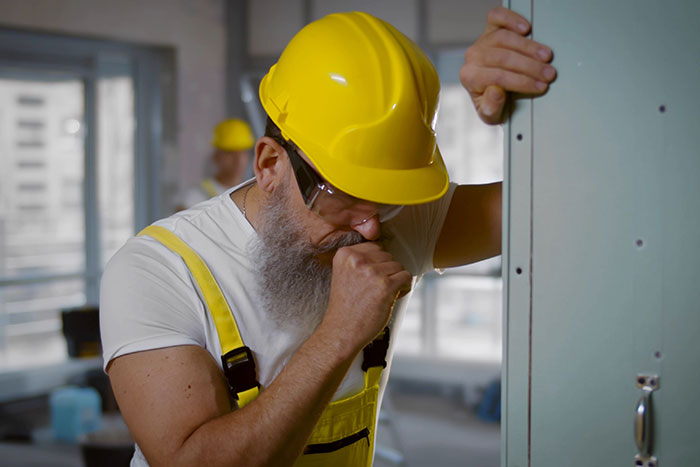 What are the different types of mesothelioma?

Mesothelioma is categorized according to the area of the body where the disease process is located.

What are the symptoms of mesothelioma?

Peritoneal mesothelioma is
often associated with:

Mesothelioma is the body’s reaction to inhaled or ingested asbestos fibers. Body tissues then become inflamed, swollen and damaged as the immune system attempts to attack the invasion. Cellular damage leads to tumors over time.

How is mesothelioma diagnosed?

In order to properly diagnose the disease, health care providers will likely do the following:

Extensive testing should also be able to reveal the progression or stage of the mesothelioma.

Is there treatment for mesothelioma?

Mesothelioma treatment options depend on a number of variables that include the age and health of the patient, along with the type and location or locations of the malignant cells. Current treatment options include:


Depending on the type of mesothelioma and the success of medical interventions, patients may have 4 months to a decade of life expectancy. Currently, the 5-year survival rate for mesothelioma is only 10%. Advancements in knowledge and treatments continually improve patient prognosis.

If you’ve recently been diagnosed with mesothelioma, you may be feeling overwhelmed, angry, scared or confused about your future and the future of your family. At Nomberg Law Firm, we understand how overwhelming a mesothelioma diagnosis can be, and we’re committed to helping you get the support and compensation you deserve.

If you or a loved one has developed symptoms of mesothelioma after working at the Olin plant in McIntosh, Alabama, the time to act is now.
File a lawsuit against the Olin chemical company for its negligence and disregard for safety.

Get the money you need to pay your medical bills and provide your family with financial support during this extremely difficult time.

Our firm offers free, no-obligation consultations. Contact our experienced personal injury attorneys today so we can help you and your family get the justice and compensation you rightfully deserve.